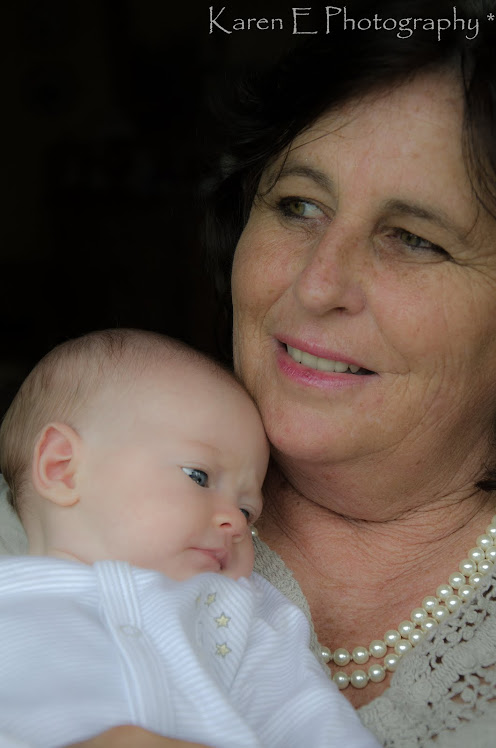 Zoe with her doula

FROM CONCEPTION TO BIRTH AND BEYOND

Why is water so great for labour and birth

Why is water so great?

It eases the pain. Warm water is so effective in reducing the pain of labor that many midwives refer to it as “the natural birth epidural.” Water encourages the production of endorphins, nature’s own painkillers. Endorphins produce a sense of well-being which helps you tolerate the physical pain and stops you from feeling overwhelmed by the experience. As one mother said: “When I got into the water, it seemed like contractions had stopped. I realized after a while that they hadn’t, they were just so much more manageable. It eased the pain so much.”
It helps you relax. Warm water relaxes you and your muscles, and relaxation is key to lessening pain and having a great birth experience. Because water relaxes pelvic floor muscles, it is easier for the baby to pass through the birth canal, which may shorten labor.
It frees you from gravity and allows you to adopt the best laboring position. The sheer bulkiness of being nine months pregnant can makes it difficult to adopt different positions on dry land. Water erases the force of gravity and makes it easier to move and change positions. Your muscles don’t have to support your body so it is less tiring and easier to stay in a comfortable position.
It reduces the chance of fetal distress. The key to avoiding fetal distress is ensuring plenty of oxygen gets to the uterus. Laboring in water helps to maximize the oxygenated blood supply to the uterus in several ways:

No. Babies have chemoreceptors around their mouth which initiate the normal breathing response at birth. These chemoreceptors are only activated by contact with air. Even with a delay between the birth of the head and the body, the baby will not breathe while under water. In addition, the umbilical cord is still supplying all the oxygen the baby needs, just as it did in utero. Of course, if the baby is kept under water for an extended period after it is born, eventually the placenta will stop functioning and the baby will gasp for air, even without chemoreceptor stimulation. So babies should always be brought to the surface immediately after birth. As long as they are, there is no danger of drowning. Of course, if you’re still concerned, you can always leave the tub to deliver the baby. You’ll still have benefitted from using the water for your labor.

Studies have shown there is no increased infection risk when women labor or birth in water, even if their bag of waters has broken.
Posted by Virginia Doula at 8:42 PM No comments:

Home Birth - Why it is necessary

So sad to read but a reality...

“I’m Not Standing Around, Waiting, While You Labour For 36 Hours…”

“I’m not standing around, waiting, while you labor for 36 hours, we’ll just do a cesarean section and get it over with.” – OB to mother when she inquired about a VBAC.
Posted by Virginia Doula at 7:08 AM No comments:

Have a water birth

A number of studies have shown that having a water birth significantly decreases your chance of needing an episiotomy. Unfortunately for us in South Africa, facilities for labouring and birthing in water are few and far between, but hopefully as the benefits of water births become more apparent, more hospitals will provide the necessary staff and facilities.
In a study of 5953 births in one birth clinic, three birth methods were compared: water birth, birth with use of a Maia-birthing stool and bedbirths. Water births had the lowest episiotomy rates (12.8%), followed by Maia-birthing stool births (27.7%) with the highest rate of episiotomies amongst bedbirths (35.4%). (5) Another study found that women giving birth out of the water had an episiotomy rate 5 times greater than the group giving birth in water, and although the water birth group had a slightly higher rate of minor tears, the number of severe tears (3rd and 4th degree tears) was higher in the ‘land’ group. (6) Considering tall the other benefits, a waterbirth sounds like a good way to avoid an episiotomy to me!


Get a doula and don't get an epidural

Just as a having a doula around decreases your chances of tearing, she will also help you avoid an episiotomy. In one study, the support of the doula meant that there was a reduction in epidural requests, forceps deliveries and caesarean sections. Epidurals and the use of forceps both increase the rate of episiotomies. Again, having more than one person with you while in labour is not allowed in any South African hospitals that I know of, so in many cases you have to choose between the doula and the dad, although some couples have managed to get special permission to have a doula as well. Again, once hospitals start seeing how allowing that extra person in the labour room can help the patient, they may start relaxing their 'one person only' policy. Although it may work the opposite way for private hospitals who make more money if there are more interventions, so allowing doulas may not be in their best interests. Excuse my cynicism; I love to believe the best about people, but the more I know about this stuff, the more cynical I get...

what does a doula do

When you are preparing for labour. You will learn practical ways to support you physically and emotionally through labour and delivery. I will practice positions that can be used to encourage the progress of labour and ease discomfort. I will offer techniques for using breath as a tool for the mind and body, and to ease tension and fear. I will never leave your side during your labour.  This will give you confidence knowing that you will have someone you know all the time. A person that you respect and know before labour begins..  Remember calm- endorphins-relaxation...  or fear-pain-tension-medication etc.

Posted by Virginia Doula at 7:52 AM No comments:

10 tips for a supported labour and birth

Get your partner on board. It’s hard to do this alone, you need support! Even with the best doula, your partner is still an integral part of your birth journey. Penny Simkin’s book “The Birth Partner: A Complete Guide to Childbirth for Dads, Doulas and All Other Labor Companions” is a great place to start. Be sure your partner attends that independent childbirth class with you – sometimes partners benefit even more than moms from that information and support.
9) Consider an out-of-hospital birth. It’s possible, with the right support, to have a great first birth in the hospital – even a vaginal birth without pain medication. As a doula I see them fairly often, and you should definitely choose the hospital if that’s where you feel safest and most comfortable. But the best research is pretty clear that your odds of a vaginal birth are better outside of the hospital: at home or in a birth center. In 2005 the British Medical Journal published a large study that looked at home births in the United States attended by Certified Professional Midwives. The women who gave birth at home had similar outcomes to low-risk women who had hospital births in terms of safety for moms and babies. But just 3.7 percent of the women who had their babies at home transferred to the hospital for a cesarean, while 19 percent of the low-risk women who had their babies in the hospital ended up with c-sections. The current cesarean rate in the United States is 32.9 percent, according to the Centers for Disease Control. Many studies have shown similar results, which makes out-of-hospital birth at least worth considering.
10) Believe in your body! The cesarean rate for women who birth at The Farm in Tennessee is less than 2 percent. Many industrialized countries around the world have cesarean rates of 15 percent or less. Women have been doing this for millions of years! Your body works. Birth works, in all its complex and wonderful variations. Surround yourself with knowledgeable support, of course, in case you encounter any rare and unexpected complications. But truly… trust your body. Trust birth.
Jessica English, CD(DONA), LCCE, is the owner of Birth Kalamazoo, which offers birth and postpartum doula services, natural childbirth and breastfeeding classes, and in-home lactation consults. A DONA-certified birth doula and Lamaze-certified childbirth educator, she teaches an 8-week series of classes called “The Best of Natural Birth.” She is the editor of DONA International’s eDoula newsletter. A longtime writer and business woman, she also works as a consultant for organizations and birth professionals.
Filed Under All Recent Articles, Birth, Birth plans, Choosing a care provider, Healthy Birth Practice,Homebirth, Induction, Pregnancy, Working with a doula Tagged With cesarean, childbirth class, doula,home birth, hospital birth, labor induction, Lamaze Certified Childbirth Educator, natural birth
Posted by Virginia Doula at 7:28 AM No comments:

the doula and her doula baby

Live more and more in the Present which is ever beautiful and stretches away beyond the limits of the past and the future. Meher Baba

Just as a woman's heart knows how and when to pump, her lungs to inhale, and her hand to pull back from fire, so she knows when and how to give birth.
-Virginia Di Orio

Virginia Doula
I am living my dream while working with mums and babies. I see mums when they are 34 weeks pregnant and then come to their homes the minute she goes into labour and I stay for the full duration of her labour and after the birth I help her with the breast feeding. I do another visit after the birth so see that all is well and help where I can. I take calls from the mum if she has any questions. I am passionate about my work as a doula and I care and love all my families that I work with. Once you have been at a birth you are part of the family and feel a big part of the new babies life. You can contact me on 033 3433389 or 084507218 or on my other email davidginny@mweb.co.za

In our relationship with children and young people, we are not dealing with mechanical devices that can be quickly repaired, but with living beings who are impressionable, volatile, sensitive, afraid, affectionate; and to deal with them we have to have great understanding, the strength of patience and love." Jiddu Krishnamurti

"The less a woman knows about the right way to give birth, the easier it will be for her." -Dr. Michel Odent